Recently, several papers from Robotics and AI lab of the School of Science and Engineering were accepted by IEEE ROBIO, of which six papers’ first author, one paper’s coordinate first author are undergraduates from SSE.

Recently, IEEE International Conference on Robotics and Biomimetics (IEEE ROBIO) has announced the papers accepted in 2018. Several papers from Robotics and AI lab of School of Science and Engineering, The Chinese University of Hong Kong, Shenzhen were accepted, of which six papers' first author, one paper's coordinate first author are the undergraduates from SSE. These papers are:

Introduction to the conference

Having been successfully held for 14 years, IEEE International Conference on Robotics and Biomimetics (IEEE ROBIO) is a prominent international conference in Asia-Pacific region. This year’s conference will be convened in Malaysia in December, themed as the merge of robotics, biomimetics and artificial intelligence.

Supervised by Professor Alex Qian, Zhang Ziran in Grade 4 from Electronic Information Engineering, SSE has finished a paper named Energy Optimization of Automatic Hybird Sailboat. The paper deals with the problem that the conventional ASVs depends overly on stored energy. It has found out that optimized automatic hybrid sailboats, mainly powered by wind and assisted by a propulsion system, can be an effective solution to the problem. Based on adjusted setting on sails and rudders, this paper seeks the optimal trajectory for autonomic cruising to reduce the energy cost by changing the heading angle of sailing upwind. The experiment results validate the heading angle accounts for energy cost and the trajectory with the best heading angle saves up to 23.7% than other conditions. Furthermore, the energy-time line can be used to predict the energy cost for long-time sailing.

The paper Vibration-based Anemometer Design for Mini Autonomous Sailboat finished by Chen Yu, grade 4 of Electronic Information Engineering has focused on a critical part of autonomous sailboat: wind perception. Wind perception is crucial for autonomous sailboat which has features of long-distance operation. Previously, anemometers based on thermal dynamics, acoustics or cup vane anemometer have already been widely used, but they are generally large in size. This paper starts with vibration mechanics to develop a new kind of anemometer, which is particularly suitable for mini-sized autonomous sailboats. As an IMU fixed to one end of a non-rigid body, such as spring, the non-rigid body will vibrate if it is exposed to wind field. Physical quantities related to vibration can reflect different wind speeds. The authors modeled the new design and developed a prototype with low cost. Experiments were conducted to collect data.

Directed by Professor Kurt Sun, Lei Yutian from grade 4, Computer Science and Engineering has come up with an improved network architecture proposed for learning and generation of personal hand-writing style fonts based on small character set in his paper Learning and Generation of Personal Handwriting Style Chinese Font. The network is composed of three sub-networks: 1) a classification network for identifying the general style of the target fonts; 2) a generating network for transferring the identified fonts to the target fonts; 3) a discriminating network for differentiating the generated image from real ones. The experiments reveal the effectiveness of the model for generating personal hand-writing style font with relatively small data size, reduction by a scale of 10 comparing to previous reported works.

Xie Yutong, as a student in grade 4, Electronic Information Engineering, has paid attention to autonomous driving in her paper Trajectory Tracking for Leader-follower Vehicle System with Velocity Constraints. In the field of autonomous driving, though abundant researches have been carried out in development of advanced Lidar or vision algorithms for mapping and localization, most works focus on the 2D map construction, which have its own limitation with complex environments. To improve the situation, a new algorithm based on the fusion of Lidar and Inertial Measurement Unit (IMU) data is developed to construct a 2.5D map. Xie integrated the height information transformed from IMU sensor with laser scan results to construct a 2.5D occupied grid map. The proposed algorithm is convenient to implement on real-world mobile vehicles, and it is fast and robust. The effectiveness of the algorithm is validated by both simulation and practical experiments.

Under PhD student Wang Xingchao's supervision, Mo Fan from grade 4, Computer Science and Engineering has presented a new model of automatic music generation based on simulated annealing and genetic algorithm in the paper A Music Generation Model for Robotic Composers. The model uses simulated annealing algorithm to create melody units on different chords, and regards them as the genes in genetic algorithm, which can pick out a fine combination of these genes. In this paper, it is stated how to transform the prior knowledge about music theory into a reasonable metric, and propose a sample metric for reference. By using this sample metric, they generated a set of music pieces as test cases. The evaluation results show that these pieces fully satisfy the need of quality and creativity.

With the help of PhD. Zhou Liguang, Yu Chenxiao from grade 3, Electronic Information and Engineering has published a paper headed as Posture Correction of Quadruped Robot for Adaptive Slope Climbing. The paper focuses on the ability to maintain balance and stability of quadruped robots, which is a major challenge for quadruped robots in locomotion.  The paper works in a method focusing on the design of the posture correction controller based on the IMU feedback for adaptive slope walking for quadruped robot. To this end, the posture correction controller is integrated into the foot trajectory generator to maintain balance. The approach used in the paper has been experimentally validated both on simulation and real quadruped robot. 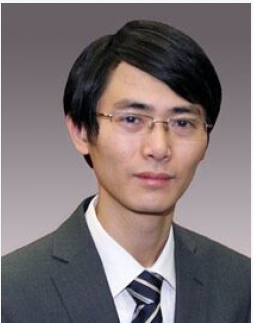 Dr. Qian has published 2 monographs, 1 edited book, and over 50 papers in international journal and conferences, and awarded 6 patents. He is the PI of 2 projects funded by Hong Kong governments, and has been playing the key role for another 10 projects in Hong Kong and Mainland China. He has received the Best Transaction Paper Award from IEEE/ASME Transactions on Mechatronics in 2011 with his colleagues, based on the research of steering interface for omni-directional vehicles. His research interests include robotics, human-machine interaction, and energy. 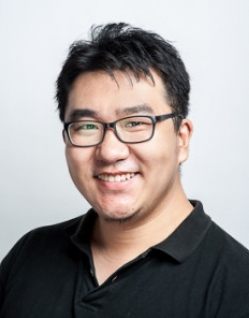 Prof. Kurt Sun: Prof. SUN received his B.Eng. degree in Biomedical Engineering from the School of Electrical and Electronics Engineering, and M.Eng. in Mechatronic System and Design from the Mechanical and Aerospace Engineeering, of Nanyang Technological University (NTU) in 2005 and 2007 respectively. In 2008, He worked as a Visiting Scholar at the Engineering Research Center for Computer-Integrated Surgical Systems and Technology, in the Johns Hopkins University, Baltimore, Maryland, US. After that, he continued to pursue his Ph.D. degree under the supervision of Prof Phee Soo Jay, in NTU and successfully completed his defense in 2013. Since 2013, he has been working with Prof Foong Shaohui as a Postdoctoral Research Fellow of the SUTD-MIT International Design Center, at Singapore University of Technology and Design (SUTD). His research interests include medical devices development, system modeling, force sensing and control, and human-machine interaction.