Can One Hear the Shape of a Drum?

The title of this talk was a question praised by Lipman Bers and then made famous by Marc Kac's 1966 expository article. The problem here is to determine whether two domains are congruent if they have the same vibration frequencies (i.e., the spectrum of the Laplacian). It turns out that the answer is negative for general plane domains. However, one can still obtain information about a geometric shape from its frequencies. This problem raises the research area of spectral geometry that is closely related to the index theory, and it yields fruitful results in analysis, geometry, topology, and probability. In this talk, we shall describe, though very briefly, the attempts and results around this topic. We shall outline the contributions of Euler, Gauss, Bonnet, Chern, Weyl, Atiyah, Singer, Patodi, among many others. If time allows, we will also discuss the recent progress of non-elliptic operators on contact structures along the same lines. 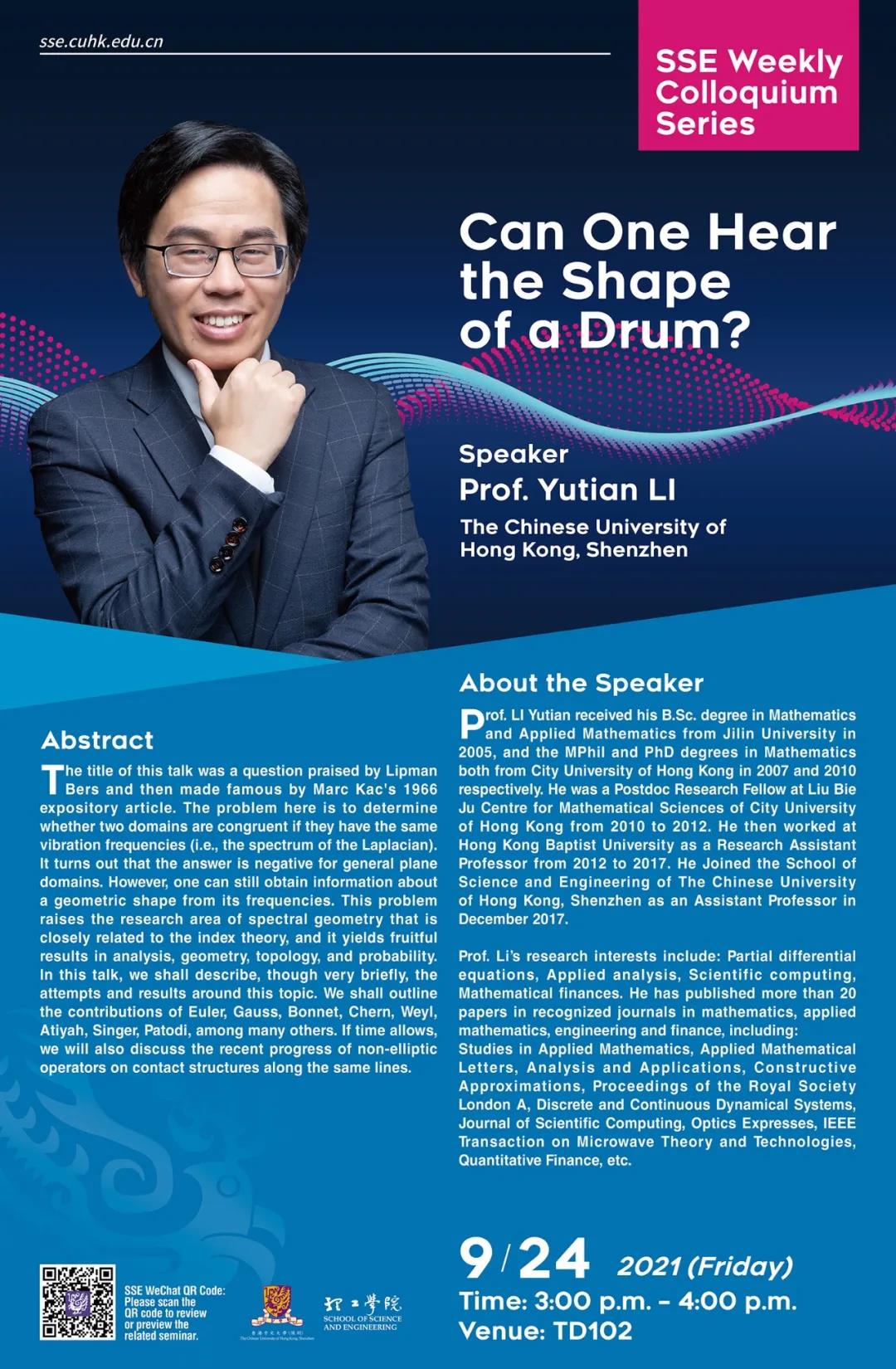