Communication networks, especially the Internet, have played a fundamental role in the development of information technologies, and changed our social life significantly. The core functions of the Internet are specified by TCP/IP, a protocol stack that enables the prosperity of the Internet. In this lecture, we first discuss the basic principles and mechanisms of TCP/IP that have been used for half a century and still dominate the network communication practice. By understanding the assumptions under which TCP/IP works well, we highlight the intrinsic limitations of TCP/IP that prevent it from achieving the desired performance in the age of Internet of Things (IoT). We then introduce an information-theoretic approach for network communications developed in the past twenty years, called network coding. Based on an efficient network coding scheme called BATched Sparse (BATS) code, we build a full-stack network communication technique, call the BATS Protocol. Developed at our campus, the BATS Protocol enables communication networks in scenarios where TCP/IP finds difficulty to support,  including multihop wireless mesh and ad hoc networks, underwater acoustic networks, and deep-space networks.

Dr. Yang’s research focuses on theory and technology for network communication, storage, computing and security. He is also interested in quantum information, computer theory and applied mathematics. He has made major research contributions in theory and design of low-complexity network codes. He is the co-inventor of BATS code. The application of this technology in smart lampposts won the gold medal at the 47th International Exhibition of Inventions of Geneva. He has published more than 70 papers in international academic journals and conferences, published a monograph on BATS code, and obtained several invention patents in China and the United States. 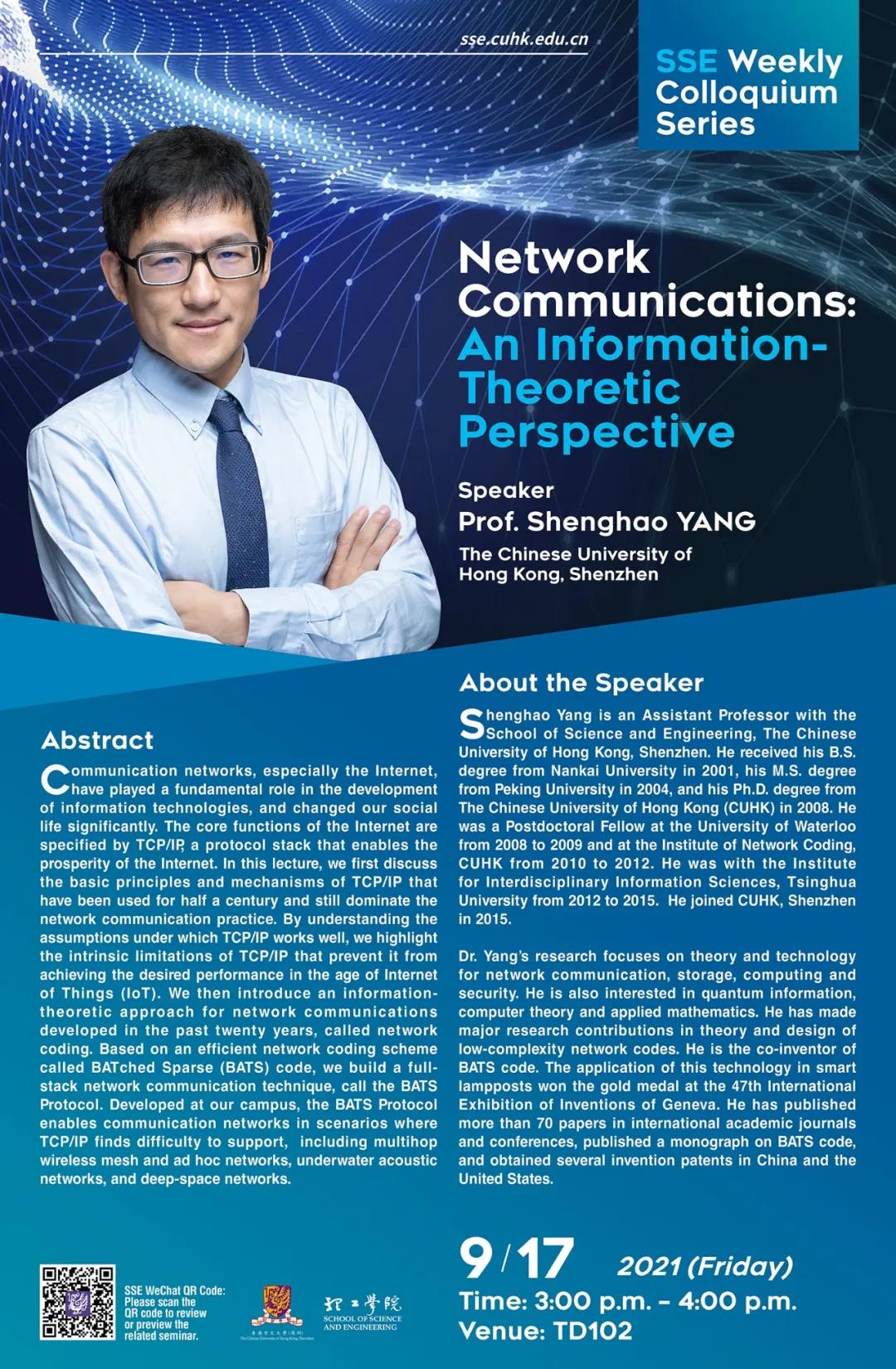